For science! Great job Novamanga. Hopefully Señor Chickenbones can knock that out. I'll try tossing something in his IRC channel.
Quote
0 ×

Simply drag the content of the archive in your WR-CBE 1.4.0.6.jar and use 64x images for

There will be an other way if I found out how to read the image-resolution of the given images.

But for now this will help.

Greatz
Mo3pp3l
You do not have the required permissions to view the files attached to this post.
Quote
0 × 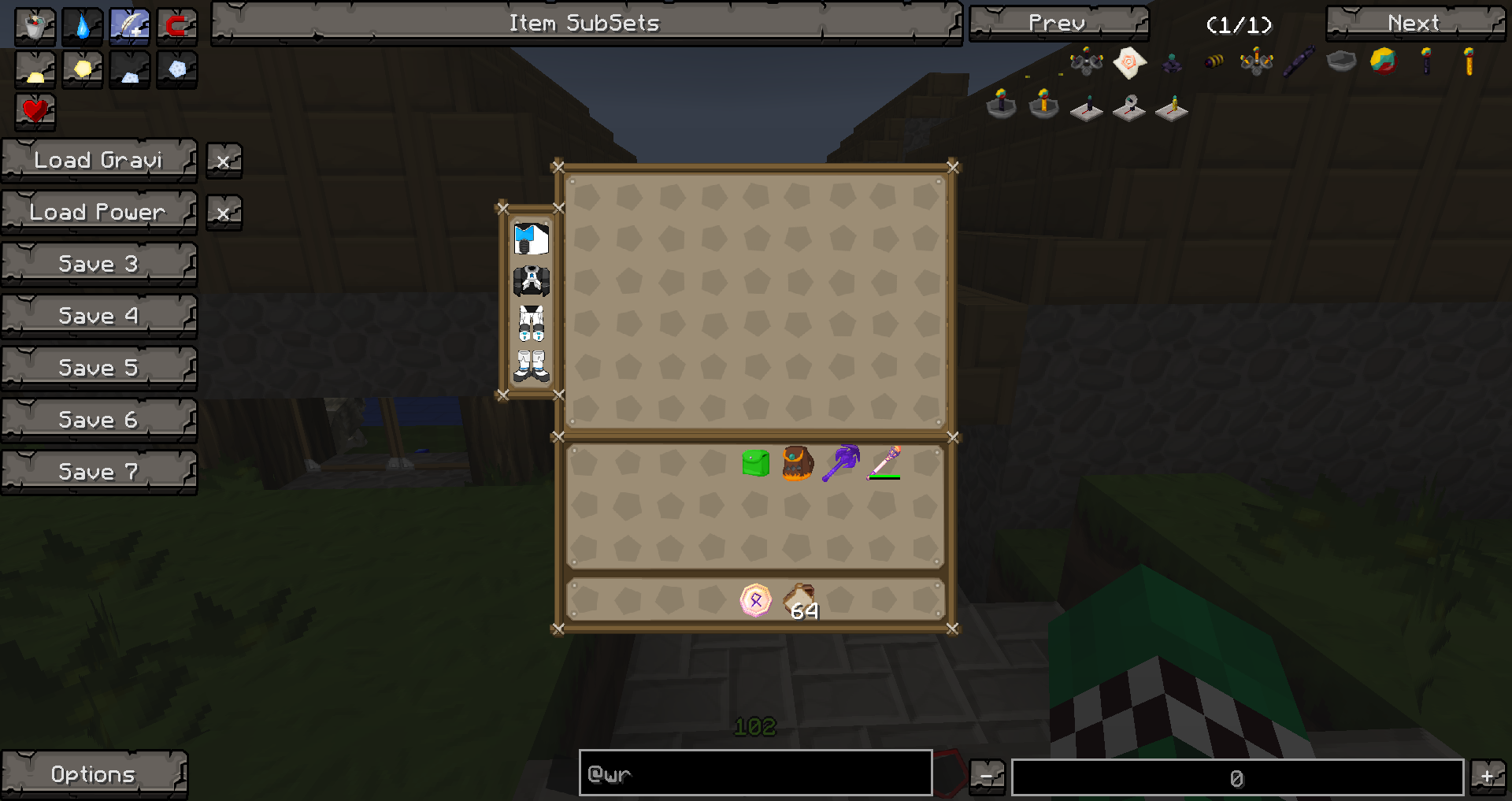 Erft D: I thought I had fixed that ._. I'll deal with it sometime.. sorry

Wireless Remote texture and Triangulator still don't show up .. Everything else works great .. Any plan fix ?


plowmanplow wrote:Might as well chop them up from the 512x rather than something lower. Then we just run it through the "resizer" script:

I'm only missing the "blaze" block since I'm good at chopping but not making.

Hi, I looked over the patch again. Looks great.

Has there been any progress on fixing the strange remote/overlay bug? I saw a work around posted. Would that be the fix still?

EDIT: Also, that work around doesn't seem to work for me in 32x. After replacing the mod's remote and triangulator textures with the Sphax ones, they appear to be unchanged in game with the same messed up texturing. I'll attach a screen shot of the glitch in NEI.

You do not have the required permissions to view the files attached to this post.
Quote
0 ×
Resize trouble?
GIMP: http://www.gimp.org/
Plugin: http://registry.gimp.org/node/26259
Tut: http://bdcraft.net/forum/tutorial-how-t ... s-properly
As courtesy: no vanillas, no GUI's 'til 32, no res < 16. My OCD will thank you.
Have fun.

Hi, tried installing a wireless redstone addon but it doesnt seem to work then i saw it was not updated from 1.6.4.

I'm hoping somebody can make a mod patch for it

I put together a MC1.7 version. Bare in mind it's not tested, I don't use the mod but the structure doesn't seem to have changed much beside wireless_map change to just map and then I tweaked that for empty_map.

Any of the other missing textures someone else will have to do as, like I said, I don't use the mod