by Aedaeum
If textures are showing up as other mods textures, that means you have some item/block ID issues going on.

by JulianPhoenix
Actually they are showing up as vanilla textures. I've put Sphax textures and patches together before - I know how it's done. For some reason on the mods I've listed - even though the textures are there in the texture pack - they still show up as vanilla.

I've actually found a fix for the Thaumcraft 3 patch that may help most people. Please see my post at the following link: http://bdcraft.net/community/post5705.html#p5705

I couldn't believe after all the "work-arounds" I did to try and make it work, that it was this simple!

by hErbsDK
Hi .. I'm new here, but just had to come say this =) I always find it hard at forums to figure out where to actually post stuff, so if this needs to be moved somewhere else let me know

I love the texture pack to bits, but I today stumbled upon a few missing icons, which actually ment I at one point lost track of a reagent for the jetpack hehe ..

The icons I have found missing are the before mentioned Advanced Electric Jetpack and the Engine Booster (which is needed in the jetpack recipe).

The jetpack shows on my avatar/person/dude/man/character/toon fine, but just not in inventories (or NEI of course).

I am using the 64x pack with the Ultimate patch applied

Thanks for a great texturepack

by Relyks
Looking for an addon pack that will fit the new "Tech World 2" from FTB. I am not so lazy I won't just download it all and do it myself, but if someone has already done the work, please share.

I realize RotaryCraft and a few others aren't sphaxified yet, but whatever ya got, I'll take it.

by Qlove
Is basalt textures included in the Sphax_Feed-the-Beast_Addon_MC1.4.7_64x texturepack? If it is, why isnt it showing? If its not included how can I add it? 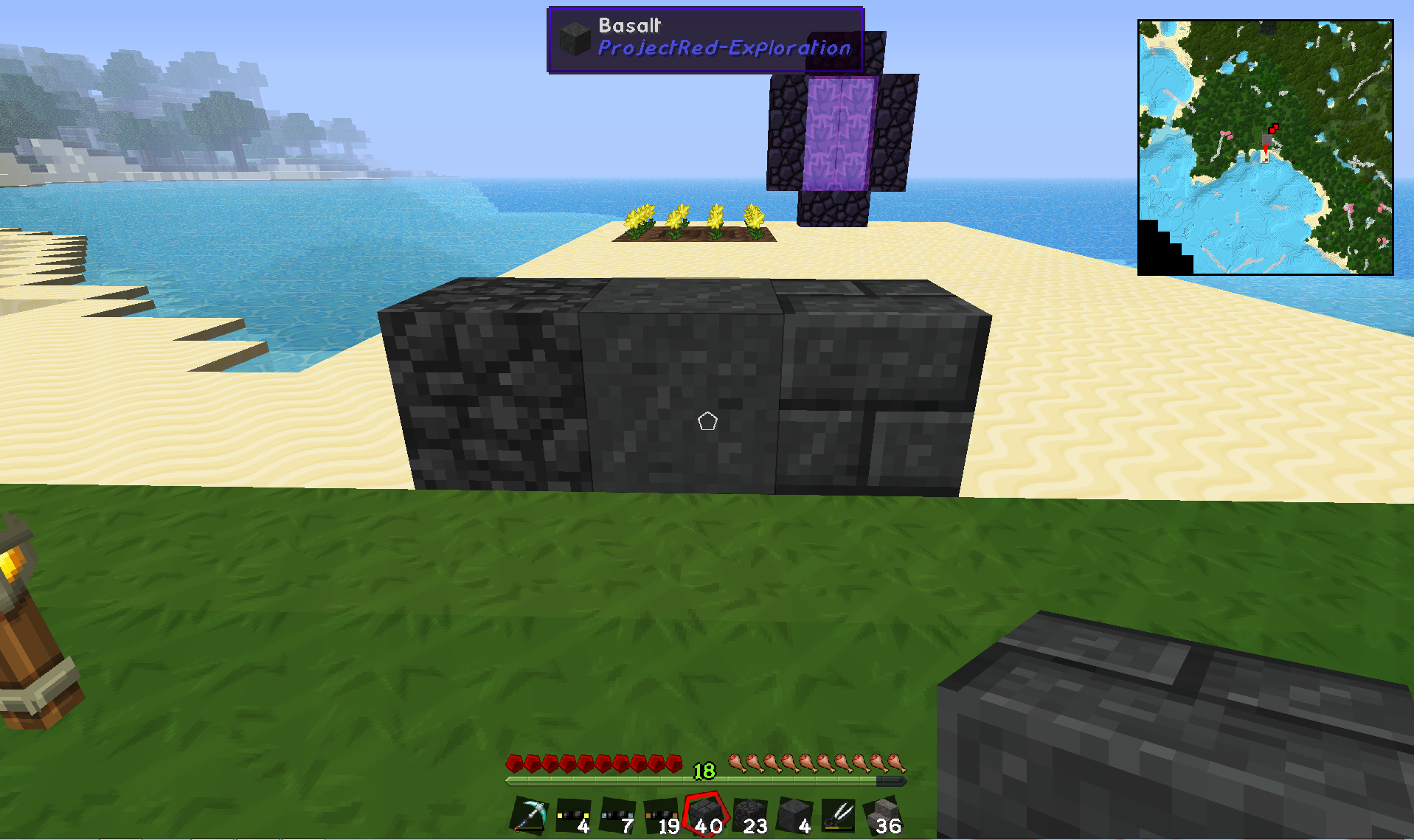 by LightHero
Minecraft made it "easier" for texture packs (along with other addons) to be added by making them resource packs. Unfortunately, this differs from the previous file structures. MC 1.5 there were tons of folders with most of the mods going into the /mods folder. In MC 1.6, all mods (including vanilla) textures/sounds etc go into the assets folder and then named by their mod name within the assets folder (i.e. assets/buildcraft). I am curious, however...why did you download a MC 1.5 texture pack for a mod for MC1.6.4? Which mod pack are you using?