Archives of technical help for Cubik LITE and Cubik PRO

Get the new version on the Cubik Page: Cubik PRO or via the Auto-updater

Cubik 0.96 is an optional minor version.

That was quite some time Cubik stayed without updates at version 0.95. The explanation is that I'm busy by work and because I'm working on the successor of Cubik aside. The successor of Cubik will contain many new features + the existing ones. It is remade from scratch and is compatible with MacOS and Windows (and maybe Linux).

That requires some time and time is sometimes hard to find...

I still hope being able to release the alpha version of the new Cubik sometimes soon.

The good news is that the new version will be free for the owners of Cubik Pro (even if it's not an update).

Have you tried Cubik?
If you like our work please consider becoming a Supporter and get an ad-free experience.

Will you be able to fix the messed up UV's and textures when I import a model I made with OPL's Model Creator or another program??

Because it really sucks that I have to re-do ALL the textures again.
I hope you could fix that ^^

Hey ,
I have updated my Cubik PRO (beta 0.96), and then it can not be opened. It invites eternal and nothing passirt . Can someone help me.
Quote
0 ×

Annanasflieger9 wrote:Hey ,
I have updated my Cubik PRO (beta 0.96), and then it can not be opened. It invites eternal and nothing passirt . Can someone help me.

What does Cubik says?
What is happening exactly?
Are you sure you entered you BDcraft Account email (not your Hipay or Paypal email)?
Are you sure the Serial you entered is valid (starts with BDC and contains 36 characters)?
Quote
0 ×
If you like a post give it a diamond!

Have you tried Cubik?

I believe there is a bug in 0.96beta. Or at least I have not encountered it in any other version. It has to do with loading textures into the material manager that have transparency:

When I click on the logo in Material Manager and select the SAME texture that it has already, the textures for other elements get messed up completely: https://gyazo.com/996261a28d66a2277ab14a8cf586109d
Quote
0 ×

BDCraft Cubik Pro has stopped working Error. I can use 0.95 version without errors. 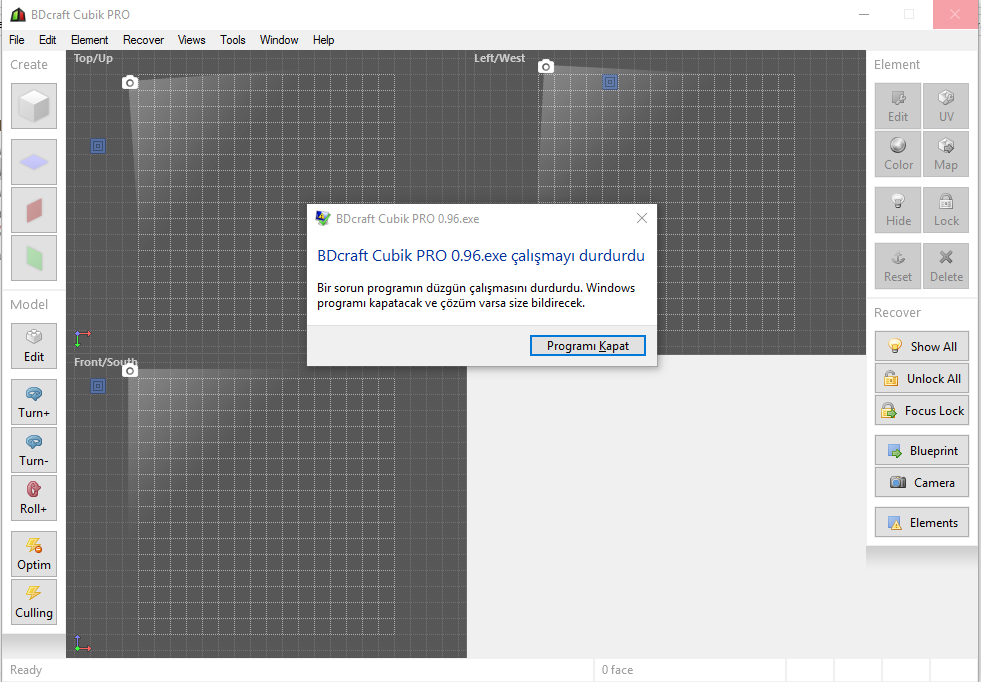 If I use the function "UV" the programm will crash. What can I do?
Quote
0 ×


Google Translate wrote:I'm a Chinese player , I really like this software ( · · ) Techno , hope I can do better and better