Professor Flaxbeard's Wondrous Steam Power Mod, (Flaxbeard's Steam Power or FSP for short), is a tech mod based on steam power as its core. The goal of FSP is innovative content that encourages fun play rather than trying to one-up other tech mods.

I'm happy to keep going with this patch, but I'd really like to keep it 512x, so do you still have vectors for your things (if you made them with Photoshop)? If not, then that's fine, I'll just trace your things. Here's a link to an updated archive of all the things I've made thus far:
[Link removed, check later post/s.]
Also, I think we should try to keep the colours of the brass items (including the drills, jetpacks and the similar tools) all uniformly coloured. Honestly, I really like #cda040 for the main colour, what do you think?
Last edited by Llama Farmer on 02 Jul 2014, 12:14, edited 4 times in total.
Quote
0 ×
Upcoming patch releases: (in no particular order...)
Mekanism (Full-Res Update & Overhaul) | Thermal Series (Full-Res Update) | Create (Full-Res Patch)

I do like that color, it seems pretty true to the original. Although most of what I did was a lighter/yellower shade. Espicially the drills and axe and stuff which I pulled from another sphax patch. But I can recolor them to #cda040 if you want.

Well it's up to you, but if you've taken them from another patch and not drawn the vectors themselves, it'd be virtually impossible to get all the tools using the same colour scheme (i.e. same intensity/filtered shading, same stroke colour, etc.). Perhaps I'll just trace all the tools and use the same colour scheme for the brass parts. Do you still have PSDs for the things that you've drawn though? If so, then perhaps you could resize them up to 512x and we can release this in all resolutions.

i can work on scaling them all up
Quote
0 ×

Cool. Right now I'm just working on the (for the sake of conversive simplicity, let's call them:) 'mechanical tools', just tracing the 'brass' parts from the IC2 tools then I'll probably just trace your actual tool parts (like the spinning blades and stuff). Also, I dug up an old PSD for crumbl3d's flintlock pistol from the Balkon's patch, so (unless he, or anyone else complains) we could probably just use that for the flintlock pistol in this mod.

here are the GUIs i did. Ive never done one before, so im not sure if i did it right but I think i did
I have no Idea what the crafting square GUI is since I've never actually played the mod. Is that something that needs to be patched? also Im not entirely sure how the spyglass works, ive only seen it in mod spotlights so I'm holding off re-texturing that until I can look at it
....sorry if my psd layers are a nightmare. Im kinda sloppy when it comes to that, I dont really organize them.

Edit: I just tested these. some need to be fixed, but ill get ontop of it
Quote
0 ×

I've just done the spyglass (just letting you know, so we're not doubling up on textures). Also, I changed the handle colour of the standard tools (pickaxe, shovel, etc.) to red, similar to the iron tools.
Btw, Show 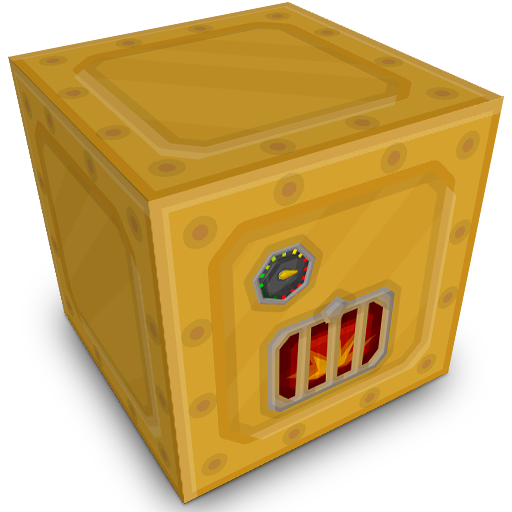 (Thanks for the gauge, Sparkst3r).
Also, you should probably take the contents of the OP out of the spoiler, Lane.

im updating the exo suit armor and plates, Ive redone most of it to work better. Ill upload it later
Quote
0 ×
27 posts
Post Reply
Jump to