So I checked in game using the 32x PureBDcraft patch and my Continuum patch. pressing F3 showed I was using around 7GB. Hope this helps.

Don't forget to download the PureBDcraft patch from the downloads at the top of the screen. Both are required to get the textures to work.
Quote
0 ×

found a bit of a bug 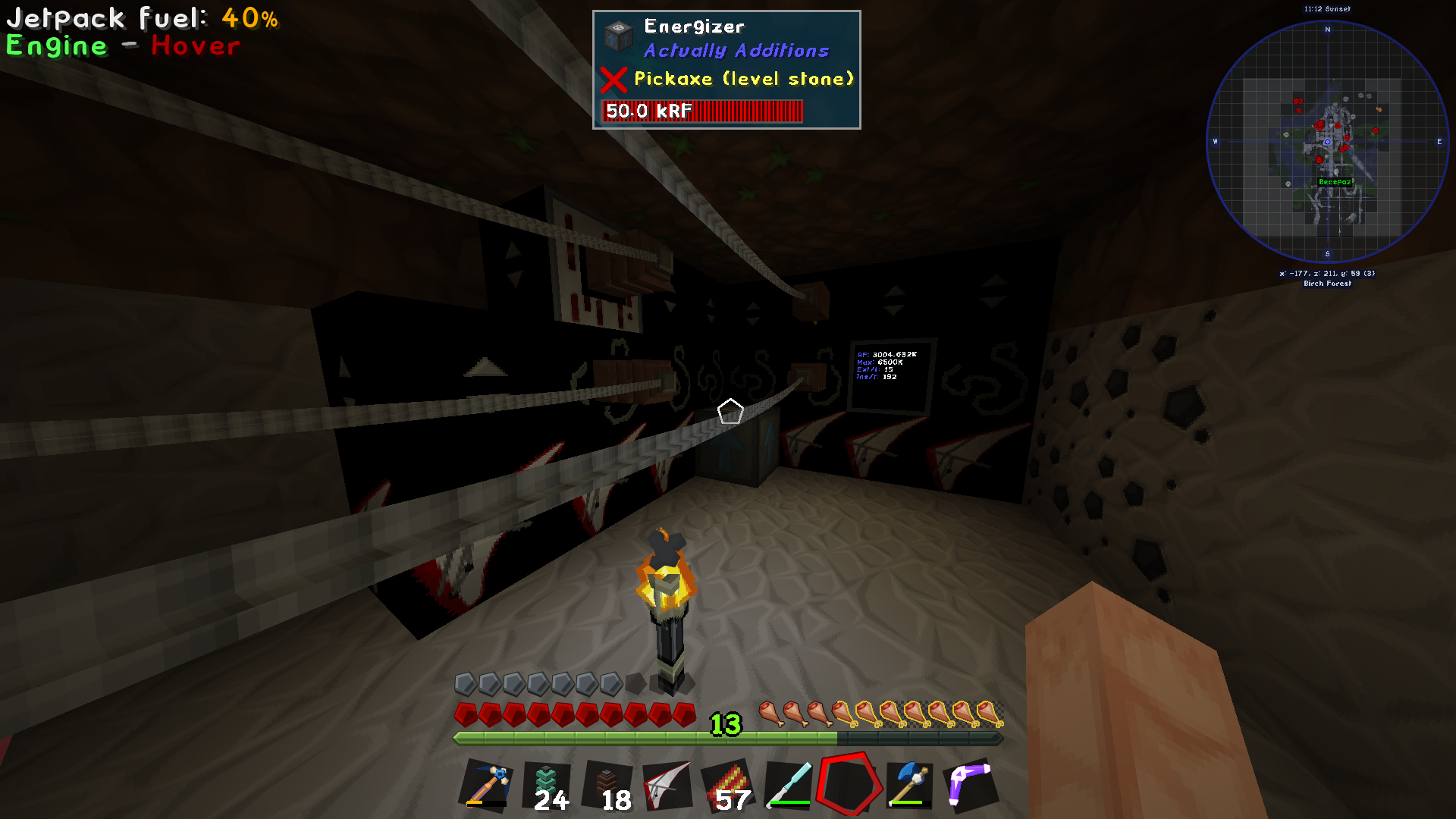 (these are basic powercells)
Quote
0 ×

Looking at the pic, it seems the texture atlas has not formed properly. So this happening after the first time you activated these textures, or you haven't allocated enough RAM or you are using or not using Optifine.

I wouldn't have put a hang-glider texture in the power cells. The problem is at your end
Quote
0 ×

Thanks for your hard work!

I have a question/problem about Optifine. I'm on a server with FTB Continuum 1.5.2, and without Optifine Sphax (64x) and these Continuum textures work perfectly.

When I add Optifine I can add the base Sphax and it works, but when I add the Continuum textures, I get:

This is not the Optifine support forums. Why do people keep asking about Optifine here.

All these things either make or break Optifine. There is no magic formula, it either works with modded or not. If not, remove it. Simple.
Quote
0 ×

I asked because the main post says something about certain versions of this texture pack requiring Optifine, but I agree with everything you said. It was a long shot anyway.

Again, thanks for your hard work! You make Minecraft better

I ran into the same thing when I was testing texture pack versions with my Optifine problem. I'm running Continuum 1.5.2, and I get this same issue with power cells when I use the Continuum texture pack for 1.6.0. There were some other textures that were bugged as well, eg. for hydrogen cells.

All textures work fine when I use an older version that was made for 1.5.2.
Quote
0 ×

I was able to get 128x128 working to some extent, and as an added bonus, WITH shaders.

I used the following supporting mods
Optifine 1.12.2 HD C9 (Though any versions AFTER this should work)
BetterFps
VanillaFix
FoamFix

8GB RAM, as well as 8GB of VRAM are preferable, though you should be able to get away with 7 of each.

Some users (particularly those running newer AMD and NVIDIA gpus) experience a rather disgusting skybox error or sometimes crash with optifine installed, especially with shaders.
To fix this, go to

Because I don't actually have 8GB of VRAM, I actually quickly run out and run into issues, but until I actually run out it seems to operate just fine. Make sure your graphics drivers are updated, especially if you plan to run shaders alongside these.
Quote
0 ×
40 posts
Post Reply
Jump to