As with most issues seen, the problem is either a lack of allocated RAM or the amount of VRAM (The amount of memory your graphics card has) are not enough. Since MC1.10 modpacks have been getting larger and larger. Even without textures some of these now require at least 6GB just to run the pack. According to the creator of this pack, they recommend 8GB allocated even before textures.

So, what I am saying is you probably need more RAM.
Quote
0 ×

Been using this resource pack for a while now and it has been great, thanks for putting it together!

Came across an issue with it today which causes the world to crash. Still debugging it, but here is what I know so far:

No issues placing Mekanism mechanical pipes, but once I pull fluid into them (using the configurator to switch an end to pull), the game will have a fatal error on trying to render the fluid in the pipe. Tried on a few different devices. If I unload the resource pack, I can load the world. And if I remove the pipe, I can load the DDSS resource pack back in without issue.

I'm going to keep testing things out, but if anyone has any suggestions, please let me know.
Quote
0 ×

Update of the Mekanism issue I encountered:

The issue is repeatable with switching an end of a Mekanism mechanical pipe to "PULL". Fluid seems not to matter, just the pipes "PULL" texture. Testing in multiple single-player worlds as well.

Tried launching with different JREs:
I removed Mekanism from the resource pack, but the problem still persisted. And if I load only Mekanism resources, there are no issues and everything works as it should.

I ran out of time to really dig into things, so I'm resorting to use the Thermal Dynamics pipe set for now. But I'd really like to figure out what is causing this, so if there are any suggestions please let me know.

Have you considered updating Mekanism manually to the latest version. The version DDSS is using was released in July. There have been 5 more versions since then.
Quote
0 ×

Novamanga wrote: ↑
03 Dec 2019, 09:33
Have you considered updating Mekanism manually to the latest version. The version DDSS is using was released in July. There have been 5 more versions since then.

Yes. Tried the latest version, but no change. 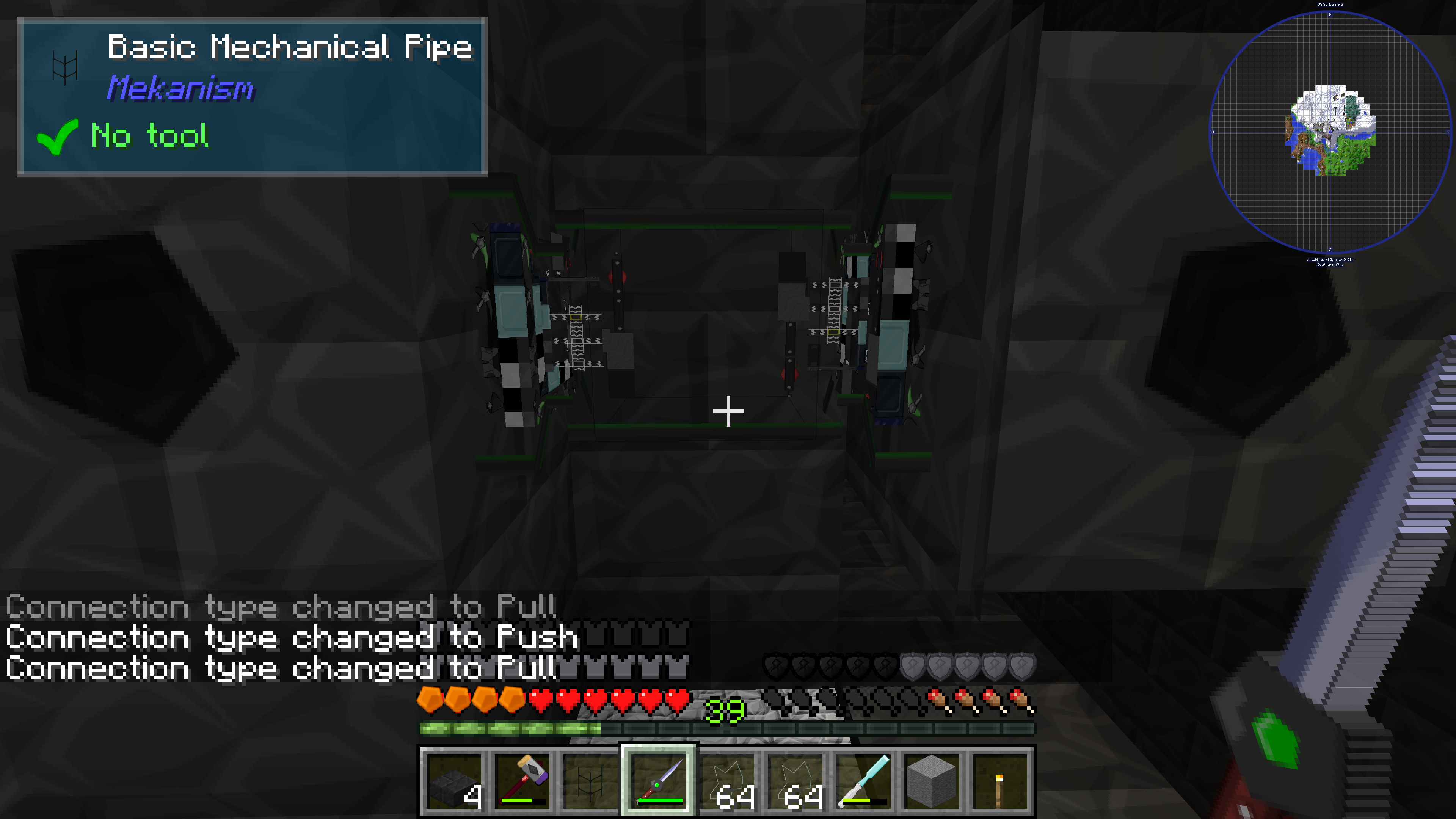 Use the 128x PureBCraft base texture pack. 256x with everything else being 128x is too much for the texture atlas even with Optifine.
Quote
0 ×

What resolution are you using? How much RAM are you allocating and how much VRAM does your graphics card have?
Quote
0 ×

Novamanga wrote: ↑
05 Dec 2019, 22:19
What resolution are you using? How much RAM are you allocating and how much VRAM does your graphics card have?

Not really up to speed on Optifine, maybe HanFox could give some pointers that my cause this issue.
Quote
0 ×
30 posts
Post Reply
Jump to