Excellent work! I was gathering all these updates together on the side but you beat me to the post!

There is one oversight which I believe was in the original patch for MineFactoryReloaded. The texture for Glowstone Bricks is just a copy of regular glowstone. In the original patch for MFR, there was another version of the texture which was appropriate. (It had a temporary or backup extension to it as though the author considered it a work-in-progress.) I had swapped it out in my own collection and it worked well. This complete Patch for Tekkit, however, does not have the alternate texture. Upon closer inspection, I notice that the Large Glowstone Brick is missing entirely from my collection. This one has it but it is also a copy of regular glowstone. So far, this is all I have noticed. I will get to try it out more thoroughly by the end of the week. Thanks for your effort and contribution!
Quote
0 ×
If you like our work please consider becoming a Supporter and get an ad-free experience.

I'm not sure I'm understanding you correctly... In the latest version of my patch in the OP, the Minefactory glowstone bricks do indeed have textures (and they are not simply copied from the original pack: the original glowstone texture is used as a background, but there is shading over the top to create the brick effect). It's also true that the old textures were different, but I replaced them due to their poor quality.

Perhaps you've got an old download of the Tekkit patch or something? Try re-downloading.

Ah- okay, when I look at the texture tiles, I see that there is a subtle brick pattern overlay to it. To my eye, though, this was virtually undetectable in world. Now that I know what to look for, I can see it when I look closely. I guess I preferred the smoother glowing texture of the original glowstone bricks. (Or were they alternates produced by the texture author? I can't remember!)

Sorry for the misunderstanding! And again, thanks for the Patch!

Yeah, I see your point: they are pretty faint. I never really tested them and just threw them in so as to get rid of those old ones, but I wasn't ever 100% happy with them thus why I never submitted them to the MFR thread.

I'll try to get around to fixing them at some point, but it's not a priority.

Llama Farmer wrote:Yeah, I see your point: they are pretty faint. I never really tested them and just threw them in so as to get rid of those old ones, but I wasn't ever 100% happy with them thus why I never submitted them to the MFR thread.

I'll try to get around to fixing them at some point, but it's not a priority.

Of course, I understand. No worries!

In a pinch, I can use those others from my own, cobbled-together, pack. (The ones posted above.) I have been using the 64x version of your pack because when I was originally searching for all the missing mod support, the 64x was the most commonly available. I may give your 128x a try this week. It's looking great!

Heya, Llama! I just realized that I was confusing two separate issues of textures when I mentioned the glowstone bricks. The more significant one was with the textures for Gravel Bricks provided by ExtraUtilities. By default, this texture pack makes the Gravel bricks look pretty much just like regular gravel. Inside that package, however, are "test" texture which look like they would be the more likely candidates for Gravel Bricks.

These are the ones that look just like regular gravel. In that same directory, however, are all of the above files with the words "gravel_brick" replaced by "test". I think these "test" textures are actually meant to be the gravel_brick textures. In my own pack, I renamed the files to that end.

Just letting you know in case you wanna make the same change in your pack. Thanks again for your hard work.
Quote
0 ×

Mine seem fine... And even if there was an issue, I doubt there'd be anything I could do seeing as the microblocks have no textures of their own (they just use the textures from the original blocks). 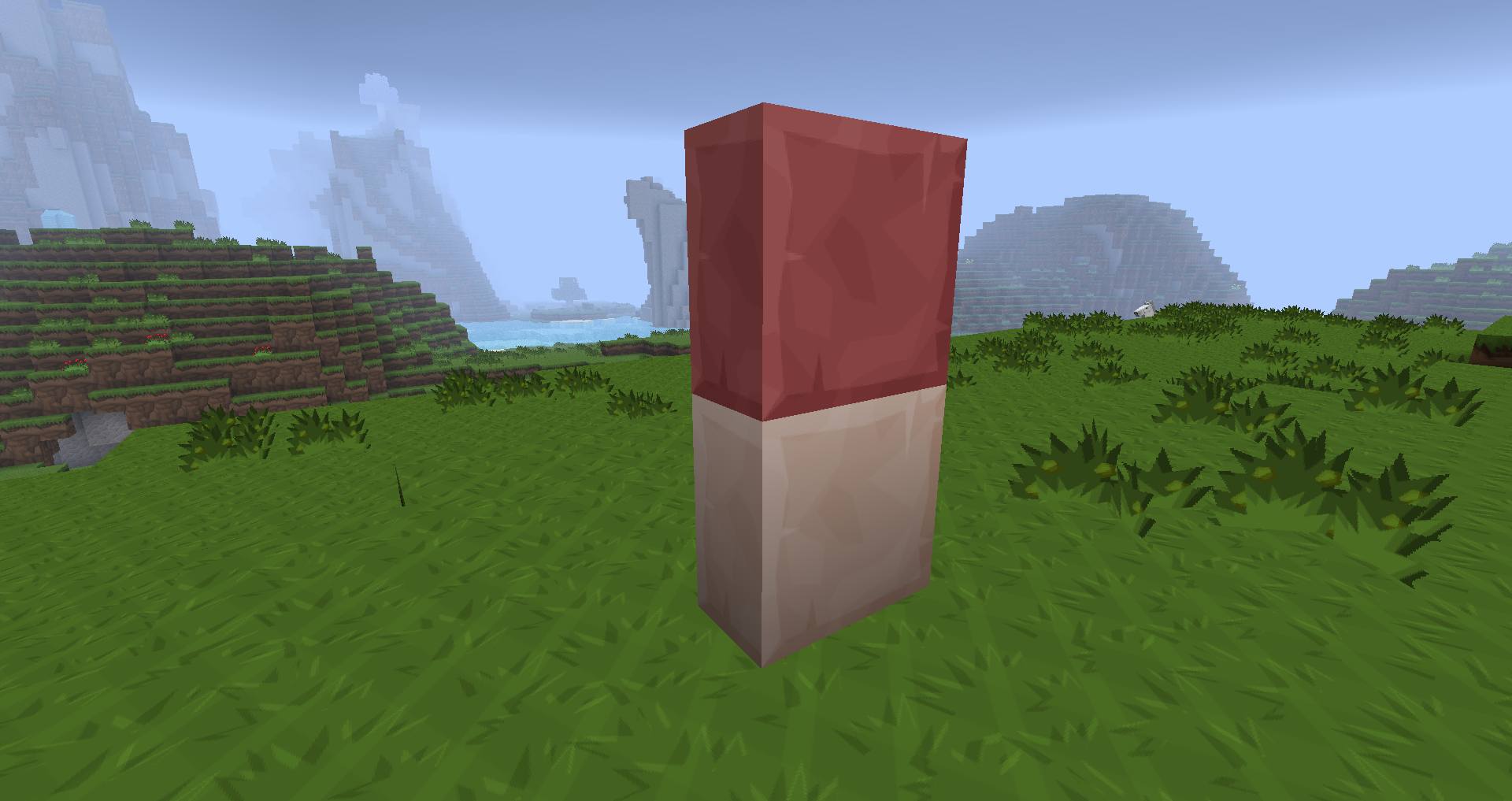 Perhaps you could provide a screenshot?

On closer examination, it doesn't look like the pink block. It just looks...pink. It's a subtle difference, and not really major problem, though. I'm just curious about why it's like that. It's in your screenshot too. Compare the microblock to the native block.

Hmm... probably just some strange lighting thing due to how microblocks are rendered. Sort of unfortunate I suppose, though I wouldn't have even noticed had you not pointed it out.